The SELV Class II (Max. 5-amp) IP67 UL-listed power supply in our power kit is UL 60950-1 compliant, featuring SELV-conformal circuitry and protections, and is suitable for operation in any mains environment from 110V to 277V, 50-60Hz.

SELV transformers feature a SELV circuit is a "secondary circuit which is so designed and protected that under normal and single fault conditions, its voltages do not exceed a safe value." A "secondary circuit" has no direct connection to the primary power (AC mains) and derives its power via a transformer, converter or equivalent isolation device. 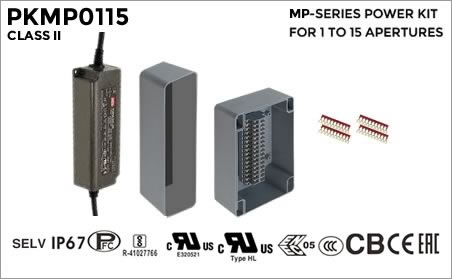 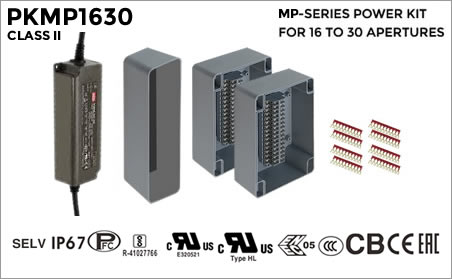 Click on the graphics above for the available power kits.